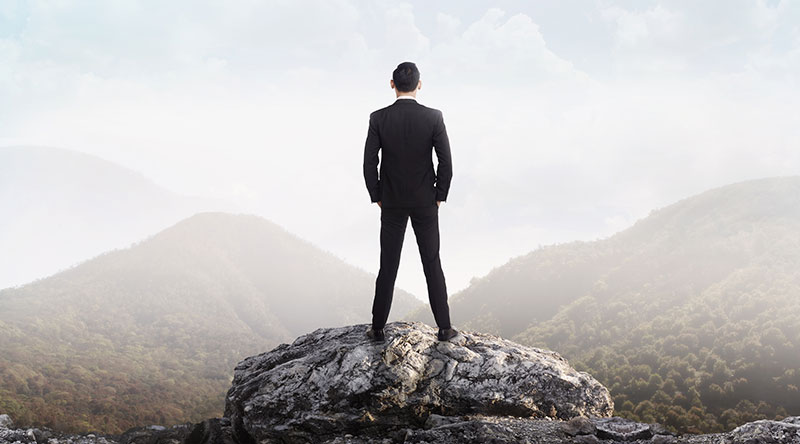 A company’s business model is how it approaches the market in order to earn revenue and maximize its profits. Digital business models are a refinement of this business model definition focusing on digital products and services, along with internet-related businesses. In most cases, the digital business model evolved from traditional models (Blockbuster to Netflix) that have been adapted for the Internet or other digital channels. Some models have evolved and changed in the digital era, but they remain the children of earlier models.

Which type are you?

In this model, the business gets a fee from a third party for uploading its content. Examples include job listings in Monster.com, LinkedIn.com and property listings in Redfin.com or Magicbricks.com. The listing is generally priced based on the number of days ad will appear, size of the content and the relative position of the content.

This is one of the modern models used by businesses that have a large userbase of useful information. Examples include Facebook and the financial site Mint. Facebook enables third parties to do highly targeted highly targeted social media marketing campaigns and Mint.com uses the financial transactions of its customers to understand their spending patterns and market the appropriate products to them. New startups such as  PatientsLikeMe.com are also tapping this strategy.

This is a new model pioneered by sites like Flattr.com. In this model, users can       content creators for altruistic reasons and offer to pay a small micro-payment. The users pay small amounts for various articles they have read and the business aggregates these payments and passes it to the creators after deducting their fee. Wikileaks.com for example got funding from many of this readers through this.

This is a popular model for software and service companies. The basic idea is that the company sells out two services – one for free but with limited features, and another for premium with full set of features. Examples include games that are given out for a trial period or with limited levels (Angry birds) and Google’s business apps that are free for businesses that have less than 10 users. The free is expected to generate the buzz and build the customer base while converting a part of them into the premium version that actually makes money.

This is a very evolving model with a lot of potential. Recent examples include Quirky.com that enables inventors to tap the crowd to refine their idea and Kickstarter.com a site for startups to raise money from large number of small investors.

This is the model for many software companies like RedHat and MySql who make products that are open source. RedHat for example sells a flavor of the free operating system Linux that includes customization, maintenance and support. This way the user is not paying for owning the software but for its added features

This is a model where a business takes an existing product or a service and cuts to the bare minimum by removing all the frills, selling this core offering at a low cost. Examples, include Tata’s Nano car and low cost airlines like Southwest airlines and Airasia. The whole model is built on reducing cost by using a variety of innovative things.

Since most of the modern business models involve building a large userbase, this model is crucial as it can help businesses to do that. In this model, the business tries to focus mainly on building more users and making money eventually through selling users data or advertisements. Network effects are spiral effects that tend to create a positive feedback loop. Example: when only one person has a phone in a village there is very less motivation for others to get it, but when the number reaches a critical mass say 20%, the value gets multiplied. Almost all social networks including Facebook and Twitter on this model. This model cannot sustain by itself and the company needs to build a revenue model from one of the others to complement this.

This is a new concept pioneered by sites like PaywithATweet.com. In this model, a content creator gives away a book, music or video for free to a valid user in return for a tweet or Facebook post about the product. The tweet and posts create a virility that could be used by the author to sell extended versions of the content. This could be the future of content selling.

This is another model for mobile application creators and game builders. In this model, the game is given for free or low cost, but additional enhancements in the game can be bought for a price. Most games in Apple app store and android store tap this. In the game Dragonvale – users breed various types of dragons, pay dollars to buy gems used to speed up the breeding or buy exotic dragons that can’t be easily bred. Some games go the extra by selling other goods (like a toy or T-shirt while you are playing a shooter game) within the game interface, utilizing user’s attention.

In this model, the business brings a minimum volume of buyers who are promised with a certain level of discount on a product. The seller gets the volume and buyers the discount, and can be a win-win in many cases. The money to Groupon (or its clones) is through a commission in the amount sold.  Other companies hot in this field include LivingSocial.com, Google’s Offers and India’s SnapDeal.com. 12. Customer rating & support.

Businesses are always interested in knowing their customer tastes and what they think of them. It becomes crucial that businesses have other means to understand their customers. This is where companies like Yelp.com, GetSatisfaction.com come in and pool in reviews, ratings and other trend information from consumer. Another interesting usage of this model is the Indian startup Akosha.com that collects & verifies customer complaints for a fee and advocates on their behalf thereby leading to speedier issue resolution.

Usually a role of non-profit organizations like ISO and universities, this is also getting commercial. Certification is basically a verification from a trusted authority about an untrusted player. One prime example include Verisign that verifies legal sites that can take user’s payments. As job markets gets complex with a plethora of skillsets crowd resume of average job seekers a lot of 3rd party vendors have entered into the skill certification game. Other variants include background checks for potential employers or universities.

This model is prevalent in offline forms more than online ones. It’s a type of advertising where a business sponsors a part of the cost of an event, content or merchandise. Examples include businesses sponsoring charity events, wrist bands for a cause etc.

Lisé Markham
For Lisé, our founder, startups and turnarounds are her life. Fueled Consults originated from an urgent need for resource vetting in all levels of business.